Okay, it might be a BIT of a stretch to say that San Jose houses any world wonders, but we certainly have distinctive landmarks that leave visitors thinking “hmmmmm,” historically significant buildings, and structures that “inspired” (were stolen) other, arguably more famous structures (how dare you, Gustave Eiffel).

With that in mind, we humbly offer up to you the 7 Wonders of San Jose that represent South Bay heritage–if not world heritage.

1. The Winchester Mystery House
I don’t think anyone could legitimately argue that this confounding “beautiful but bizarre” mansion of eccentric heiress Sarah Winchester should be at the top of the list of wonders in San Jose. 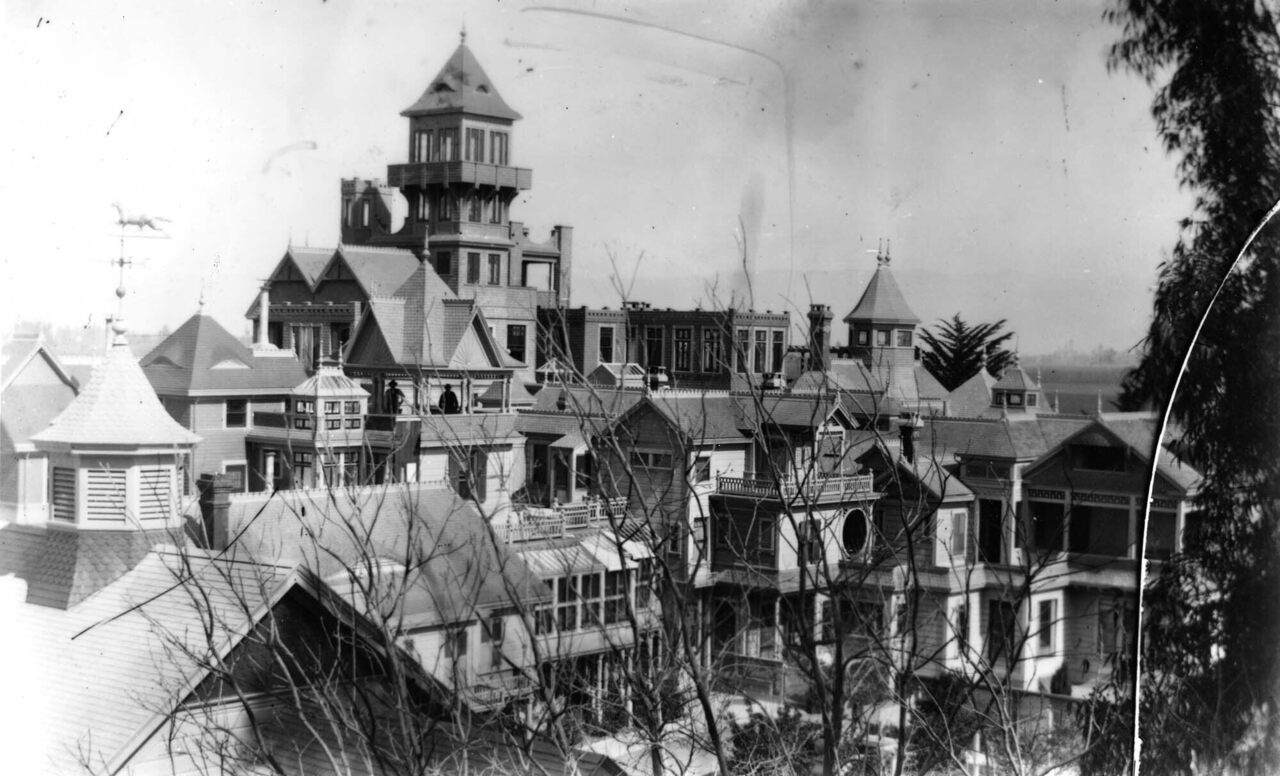 Designated #868 on the National Register of Historic Places (though #13 would have been more apropos), Sarah’s place is 24,000 square feet of utter weirdness featuring 10,000 windows (including an incredibly expensive Tiffany stained glass window through which light will never pass), 2000 doors (including one that leads to a 2-story drop to the ground),160 rooms (including a seance room with 3 ways in but only 1 way out), 52 skylights, 47 stairways (one that leads to nowhere, and one that takes you up 44 steps and 7 sharp turns to go just 9 feet up), 47 fireplaces, 17 chimneys, 13 bathrooms, 6 kitchens, 3 elevators…and just one shower. 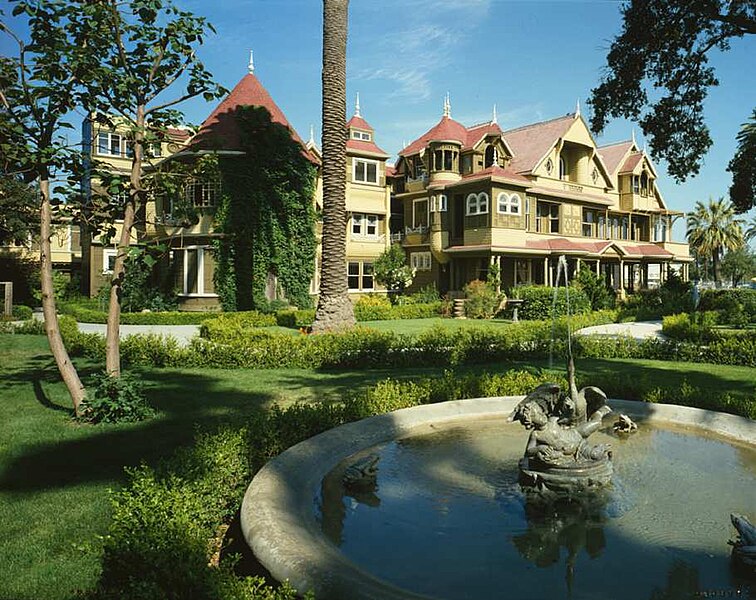 2. Mt. Umunhum
The spelling of this San Jose wonder is a wonder in itself, let alone its intriguing stories where Native American culture meets military history. “Mt. Um” is the 4th highest peak in the Santa Cruz mountain range, and sitting atop it like a Christmas tree angel is a cement structure known as “The Cube”–a radar tower that operated from the late 1950’s to 1980 and was used to keep an eye out for enemy airfighters in the Cold War. 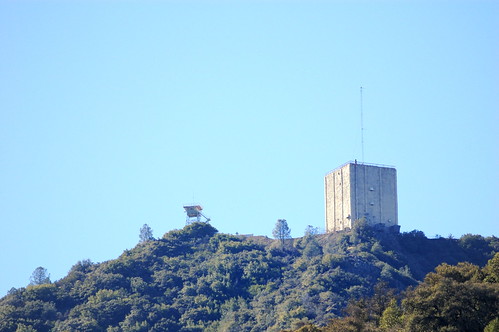 Perhaps the thing that San Jose natives remember most about Mt. Um is that it was closed off to the public for many years due to hazardous materials, hazardous footing, and just hazards in general. But, in 2017, the newly hazardous-waste-free land was opened to the public and has become a popular hiking, biking, and gorgeous-view-taking-in destination. If you dare, you can hike or bike to Mt. Umunhum by way of Hicks Road (9 miles)…but, as we’ve explored before, venturing out onto Hicks road isn’t for the faint of heart. (Especially if you’re anxious about a run-in with the “faint of skin pigment” colony of hostile albinos rumored to hide along the roadside). Our pick? Drive up to Bald Mtn. Parking, and hike the more accessible 3.5 mile trail to the summit.

3. The San Jose Light Tower
In 1881 a gentleman by the name of Gustave Eiffel visited San Jose to marvel at, well, the wonder that is San Jose naturally, but also to take a gander at an incredible structure that had been built there — the pyramid-shaped San Jose Electrical Light Tower, meant to eliminate the need for expensive gas street lamps. Eiffel took a gooooood hard look at the design of the 237 foot tower looking something like this: 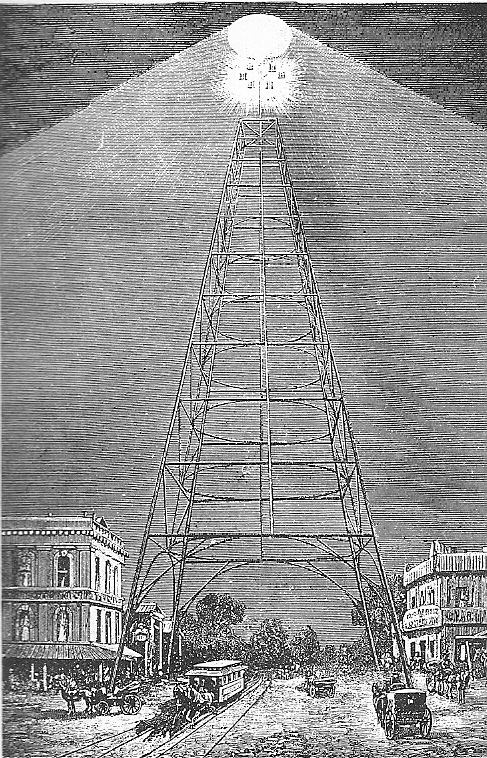 And wouldn’t you know it! Something BIZARRELY similar ended up in Paris less than a decade later looking something like this! : 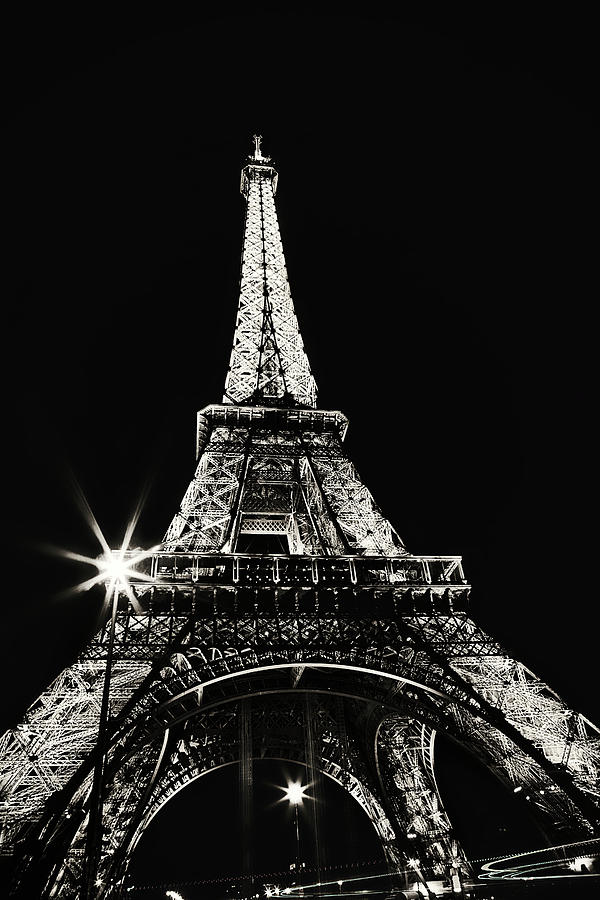 The original tower deemed “too dang bright” for farmers and San Jose dwellers of the late 1800’s ended up collapsing in 1915, but today, you can visit a smaller replica at History Park in San Jose and decide for yourself if the urban legend of one of the greatest thefts of IP in all of history is, perhaps, ultimately true.

4. The Oldest Residence in San Jose — The Peralta Adobe

Right smack dab in the middle of some of downtown’s best nightlife in San Pedro Square stands a lone adobe structure — the historical centerpiece of the public market. This humble abode is the Peralta Adobe, built in 1797 by an Apache Indian who was also the first resident of San Jose. Luis Maria Peralta, who served in a high position as commisioner of the community, moved in after him in 1808.

After a series of Peraltas lived in that house, it at different points served as a storage facility for wine, fruit, and even plumbing supplies. The City of San Jose bought the “fixer upper” in 1966, restored it, and got it placed on the National Register of Historic Places in 1974. 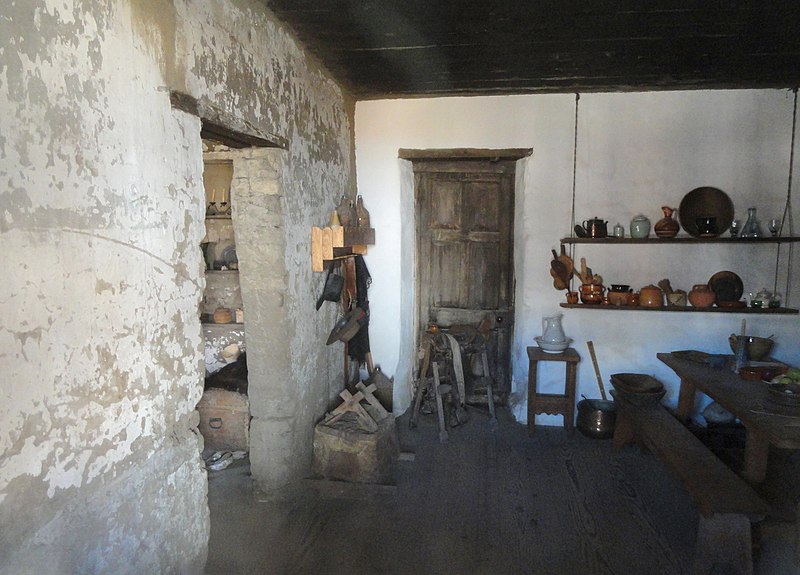 San Jose celebrates its birthday annually through festivals around the adobe house (we turn 244 this year!), and–perhaps in its greatest claim to fame–it was featured on a California postage stamp in 1977. If that doesn’t say “you left a legacy,” I don’t know what does.

Nestled high atop Mt. Hamilton is an observatory that has been serving seasoned and aspiring astronomers since 1888. 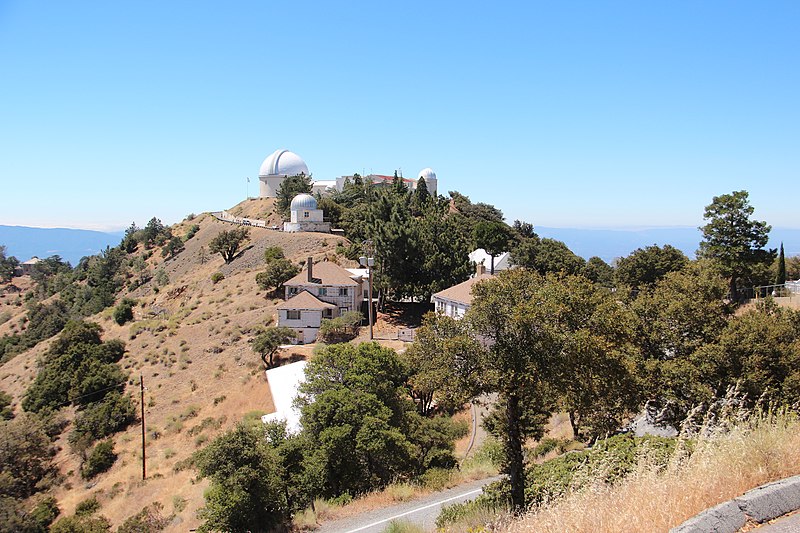 Owned by the University of California now, it was originally founded by…a well-known astronomer? No. A starry-eyed, planetarium-dwelling, space-obsessed academic? Incorrect. It was founded by James Lick — real estate investor, carpenter, piano builder, and–as it happened– one of the wealthiest men in California (THE wealthiest, at the time of his death).

He was also, evidently, totally full of it; sources say at one point he wanted to build enormous statues of himself and construct a pyramid resembling the Great Pyramid of Giza in his honor (World Wonder tie in!). While not an astronomer, he was a science nerd, and allocated the largest portion of his fortune to Lick Observatory, which at the time housed the most powerful and biggest telescope ever built. Today, visitors can tour the observatory, hear a variety of lectures, enjoy special events including symphonic music under the stars on warm summer nights, buy a pair of Lick Observatory Celestial Socks, and yes–even get married.

And while Lick didn’t end up using his hard-earned cash to erect pyramids or statues to celebrate the wonder that was himself, he did manage to secure an out of this world honor: Lick Crater on the moon? That’s all James. 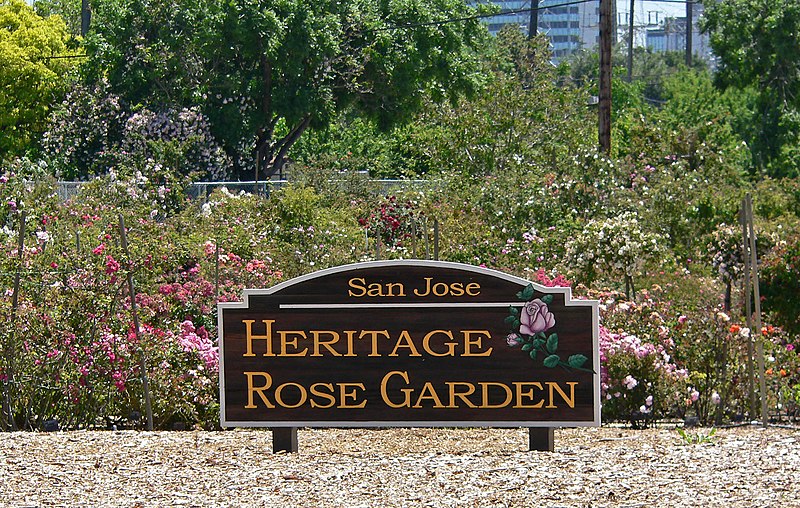 Spanning 5 acres, featuring 4000 plants and 2,800 varieties of “heritage, modern, and miniature roses,” it’s hard to believe that The San Jose Heritage Rose Garden was once a weed-covered dirt lot blemish on the outskirts of downtown San Jose. According to the official website,

“A joint venture of the City of San Jose, the Guadalupe River Park Conservancy, the South Bay Heritage Rose Group, and the many dedicated civic volunteers who continue to propagate, plant, fertilize, prune, weed, catalog and care for our precious collection of roses.”

And, if that’s not enough, they also compellingly add,

“We’re on the list of Top Fun Things to Do in San Jose!” 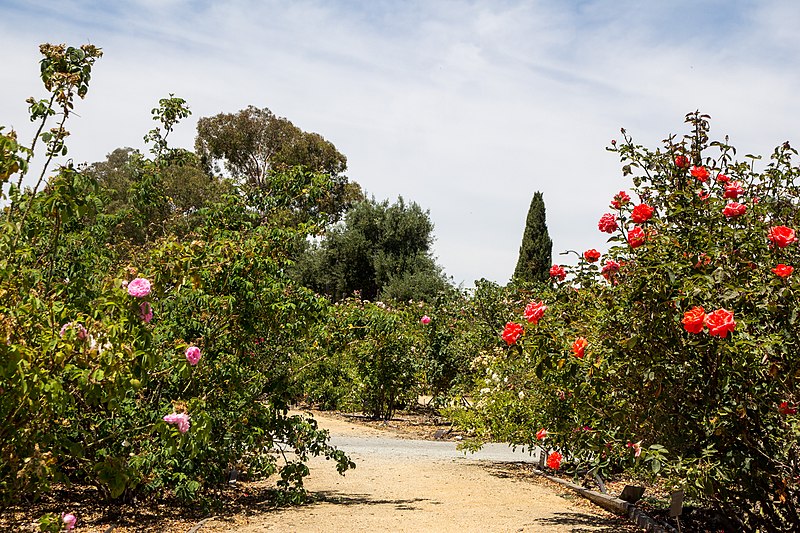 This lovely oasis is dripping with charm and beauty. Meant to be a version of New York’s Central Park in the heart of San Jose, the garden is bowl-shaped with a middle that’s 5 feet deep, and sources say from that vantage point a visitor could see every plant from any point in the garden. You can adopt a rose for $50/year, but even if you’re overcome with amorosity don’t pick one whatever you do or you’ll be out $500 for the most expensive bouquet you’ll ever give.

Step through the doors of this museum established in 1927, and be prepared for a legit blast from the past. In fact, the experience starts well BEFORE the doors on the karnak-style front entrance to the museum featuring grand columns, statues, and plenty of photo opps to feed your Instagram need. The museum’s claim to fame is that it houses the largest collection of Egyptian artifacts in the Western US, and among the most popular exhibits (through which over 100,000 visitors tour each year) are a variety of mummies, a full replica of a rock-cut tomb that visitors can walk through featuring gorgeous artistic scenes from The Book of the Dead, an extensive alchemy exhibit, and galleries featuring artifacts pertaining to daily life, rulers, religion, and Egyptian beliefs regarding the “great beyond.” Take a walk through the gardens outside to encounter koi ponds, a fantastic labyrinth, sphynx statues, and–once again–plenty of areas to pose for Insta-perfect pics. 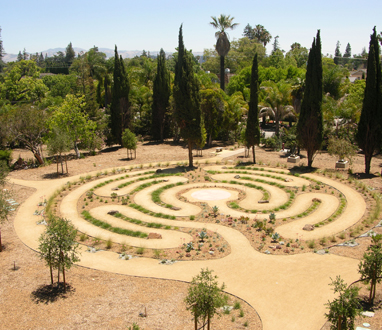 The site also features the 5th planetarium built in the US housed in a building of Moorish design.

HONORABLE MENTION: The infamous Quetzalcoatl statue in Cesar Chavez park downtown. As in it’s a WONDER we paid for this. (Nailed it).

One thought on “The 7 Wonders of the San Jose World”